Urgent Call of Jesus the Good Shepherd to His Flock. Message to Enoch

Sheep of My Flock, the Being of Iniquity is Already in Your Midst, but Do Not Fear; My Father Will Only Allow Him to Make Himself Known After the Warning; You Will Know of His Appearance when He Makes His Universal Declaration Through the Media! 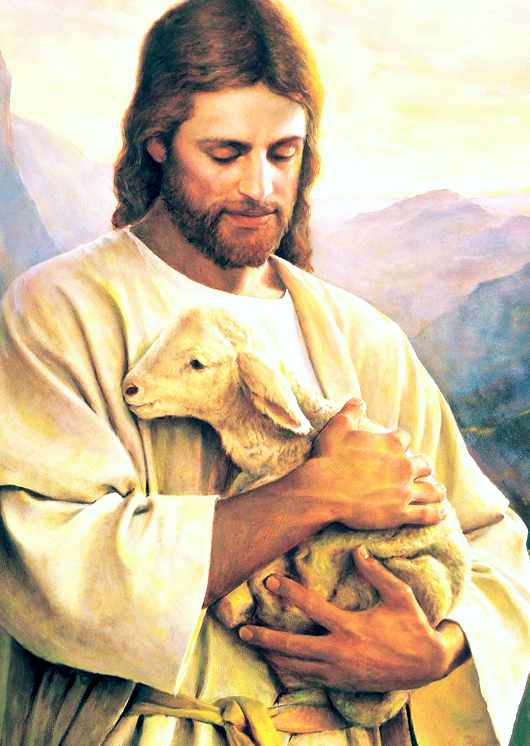 Sheep of My Flock, My Peace be with you.

My flock, the wolves are already camouflaged in your midst, but do not fear; I will not allow anything to happen to you. Remember: I am the Eternal Shepherd, who gives His life for His sheep; come to Me or to the Divine Shepherdess My Mother, and I assure you that if you are the sheep of My flock, nothing and no one will be able to touch you or harm you. The time of darkness is beginning and wolves are already roaming this world looking for My sheep to devour them. Protect yourselves, My flock, with the Spiritual Armor (Ephesians 6. 10, 18) and seal yourselves with My Blood morning and night, reinforcing your armor with the power of Psalm 91. If you obey My instructions you will live, but if you turn away from me, you will perish because without me, you are nothing.

Sheep of My flock, the being of iniquity is already in your midst, but fear not; My Father will only allow him to make himself known after the Warning; you will know of his appearance when he makes his universal declaration through the media. Millions of souls are being lost daily through existing sin and wickedness, what would it be like if the son of perdition were to appear before the Warning? There would be no survivors left to occupy the New Creation. Many will come pretending to be Me; they will say: I am the messiah and they will deceive many people. (Matthew 24.4, 5)

Beware of false prophets dressed in sheep's clothing, who go around announcing the coming of the messiah! Remember: I will no longer tread this earth, My second coming will be in Glory and Splendor, after the great purification of My Creation and My Creatures; in the new heavens and on the new earth I will dwell with My faithful People. Again I say to you, read My Word in Matthew 24 and meditate on it in your heart, so that no one at this time can deceive you. The messiah that is about to appear and that many are announcing is not I, but the Antichrist. The propaganda of the appearance of the false messiah has already begun; beware of falling into this deception, sheep of My flock; because the media and the disciples of My adversary have already begun to announce his appearance!

Many messages and false prophets speak today of the coming appearance of a messiah, be very careful, because all messages that come from me, must be protected by My Word. My prophets do not seek prominence or recognition from this world; and the most important sign to recognize them is the attack, the persecution and censure, of which they are the object. Remember: the disciple is not more than the Master, nor the servant more than his Lord. (Matthew 10, 24).

My flock, Enoch and Elijah are already in your midst, but your lack of faith has not allowed you to recognize and accept them. My two witnesses will not appear publicly until after the Warning. They have the spirit of Enoch and Elijah of the Old Testament. The mission of one is to evangelize and the other has as his mission to fight with the Antichrist in the time of his last reign. Rejoice then because very soon you will meet My two witnesses.

I remind you: Beware of touching My anointed ones, do no harm to My prophets.

There is vengeance for whatever happens to one of My chosen ones (Psalm 79:10).

Whoever will harm My two witnesses shall die (Revelation 11:5).

My peace I leave with you, My peace I give you. Repent and be converted, for the Kingdom of God is at hand.

Your Master, Jesus the Good Shepherd

Make known My messages of salvation to all mankind, sheep of My flock.